The project looked at traditional lands used by our tūpuna within the Ngā Wairiki-Ngāti Apa region. This project focused on 56km of coastal boundary of the rohe. The project gathered whakapapa kōrero for the area and worked with whānau to research traditional uses. The research project aimed to:

While there is an understanding of ‘our rohe’, there are multiple owners and interest within Ngā Wairiki-Ngāti Apa. Is kaitiakitanga able to be revived? And if so how is kaitiakitanga defined by our whānau, hapū and iwi? The walkway was used historically by hapū, as pathways to mahinga kai (food-gathering) and pā sites 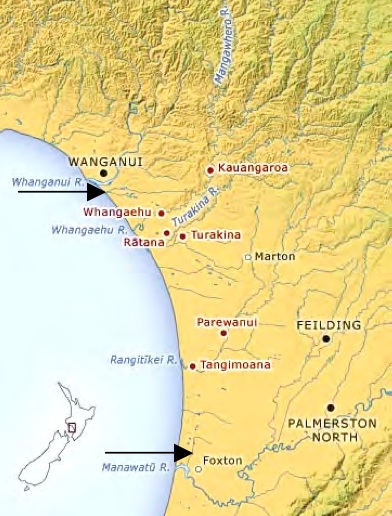 Wānanga with our whānau was conducted, beginning at Kauangaroa Marae and ending at Mangamāhu. We began with kōrero about significant sites around Kauangaroa then moved into the Mangamāhu area where Chris Shenton, an iwi researcher for Te Rūnanga o Ngāti Apa, shared his knowledge of the site.

Educational resources that were created from the findings include:

Thoughts from Whanganui Māori regarding kaitiaki and their role in traditional and modern times.

Thoughts from Whanganui Maori regarding kaitiaki and their role in traditional and modern times.